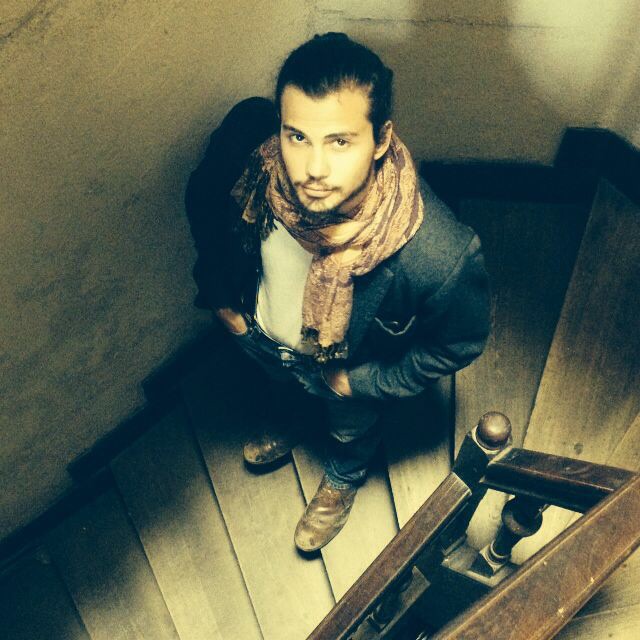 Edu Verdú (Barcelona, 1986) is the man hiding inside the Sharman’s Den. Self-taught musician and lyricist, his fate was sealed the day the wreck of an old 3-string guitar fell upon his child hands.

After forming several garage bands during his teens, he ended up joining The Walkers as their guitarist and composer. The band didn’t walk so much, but they somehow managed to record an LP produced by the Grammy-awarded producer Doug Boehm: “It’s What They Sell You” – Mitik Records (2013).

In between walkers’ stumbles, he decided to switch his sunny hometown for the rainy yet musical London. There he took his first steps as Sharman Den, namely serving flat whites to people in suits or busking on the street during the day, and playing in jam sessions or catching up with the psychotropic razzle-dazzle of Dalston at night.

Then he realised that Barcelona wasn’t that bad after all… So he came back, gathered a band, cajoled the producer Alberto Pérez (Sol de Sants Studios, Furious Sessions) and recorded the EP “Low Hombre” (2016), a 5-track live compendium of elusive Rock’n’Roll.

The band kicked off quickly, and after trotting about the main venues of the barcelonian scene on an electrifying live show (Luz de Gas, Barts Club, Sidecar, Apolo, Antiga Fàbrica Damm), Sharman Den won the 4th Edition of the Bala Perduda national band contest, earning a slot in the Primavera Sound Festival 2017.